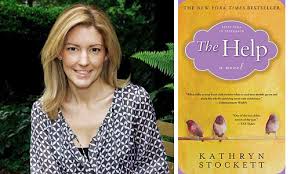 I’d like to examine a less obvious one: Treat the person telling you her story with respect.

You can read several hundred pages and still be impressed with how Skeeter navigates the narration of the “Negro” maids’ stories.   Then, you’ll read that she absent mindedly leaves behind the “satchel” with some of those stories at what amounts to a small town Junior League meeting whose leader is a particularly disgusting but typically racist “white” woman advocating for separate toilets in all homes with “Negro” help.   True, Skeeter worries about her transgression—worried about Little Miss “White” Woman getting her hands on these stories.  But this is far more that a transgression.  This could amount to a death sentence for the Help who’ve revealed intimate aspects of their employers’ lives.  The details of their stories need no interpretation to reveal a scathing portrayal of one “white” female wife/mother after the next.  These women could lose their jobs, their lives, and their families’ lives.   For them, Skeeter should be terrified.  But the novel reveals, no worries for Skeeter (or the Help) because she retrieves the satchel without the stories being read.  She hopes. But wait. Her nemesis—Miss Hilly LeLeefolt—does see a book cataloguing Jim Crow laws, which is enough to indicate that her “friend” Skeeter should be watched and simultaneously, shunned.  Thus, Skeeter gets ditched by the bitches.   Instead of a sigh of “Good riddance!” the novel adopts a poor little rich girl sympathy for Skeeter.  This concern is totally misplaced.  We’d do better to extend our sympathies to these maids who are about to be discovered blabbing their deepest resentments.

So far, Skeeter has jeopardized only her social standing among bigots.  However, amidst racist assaults and murder, the Help and their neighbors risk far more—their jobs, their homes, and their lives.  Not  Skeeter.  Instead of taking more precautions for insuring the Help’s privacy and secrecy, Skeeter deliberately puts them at risk when she divulges her project to her boyfriend—a Senator’s son, an alcoholic, and probably a racist—all of which she knows.  The novel should have cut her loose at this point, wagging a finger in shame as it stood arms akimbo over her.  Rather, the novel just moves on.

Disaster strikes after the book of stories is published and advertised on television.  When someone recognizes a detail that clearly reveals a particular dining room table in a particular house of a particular “white” female racist employer, the town’s identity is determined, as well as the identity of the Help.  They suffer, of course.  But they are triumphant in their cause, so goes the novel. And Skeeter?  She leaves this small town hell hole for the big city publishing paradise.

I know that you’re primed for my diatribe.  Once again a great story becomes mired in solipsism.  Like Clive Cleeve’s Little Bee,  here’s another novel that releases the “white” woman from responsibility while glorifying  the “black” woman’s struggles and suffering.  If you think I’m off-track here, read Trudier Harris’s Saints, Sinners, and Saviors: Strong Black Women in African American Literature.  She admonishes, “Seldom have we stopped to think, however, that this thing called strength, this thing we applaud so much in black women, could also have detrimental effects or consequences” (10).  She explains further, “The landscape of African American literature is peopled with black female characters who are almost too strong for their own good, whether that strength is moral or physical, or both” (11).  Harris catalogues these stereotypically strong African American characters: “more suprahuman than human, more introspective—indeed, at times, isolated—than involved, more silently working out what she perceived to be best for her children than actively and warmly communicating those desires to them” (11).  I agree with Harris that what’s lauded by our narrator is achieved at too high of a price—the price of self-actualizing.

We need to be careful that we authentically depict the stories of others rather than eulogize their miseries and struggles, which so often keeps them ensnared in a master narrative of pity more than understanding, of sympathy more than appreciation, and of shame more than honor.  The Help  tells more than the story of these female characters.  It implies a slice of life during the American Civil Rights Movement.  As such, it should attempt to break the mold of the stereotypically strong, enduring, and sacrificing “black” woman.  Rather, it should respect the hospitality of guest and host—in this case, teller and listener—by treating stories as vehicles for female self-actualizing.

Note: As usual, I’ve interwoven my interest in hospitality with my interest in female hospitality.  Later, I may bifurcate this essay, delineating between the two.  Until then, I’ll leave it as it stands, pondering the overlap.
Note: I’m not a fan of the “white” and “black” distinction because it’s invalid and perpetuates insider/outsider divisions.  See Paul Gilroy’s Against Race: Imagining Political Culture Beyond the Color Line, in which he contends that racism is fascism. Gilroy insists that we must rethink our “intellectual, ethical, & political projects in the critical scholarship
of ‘races’”.  We must ask ourselves, as intellectuals if we have “become complicit in the reification of racial difference?” Scholars must pursue their studies as ethical members of the human “race.”  I agree.  So if you can suggest a better rhetoric, please do.