Retirement dinner with my mom and cousin (Hospitality EVENTuality)

My husband and I hosted a retirement party for his tennis buddy/doctor and his wife.  My mom and cousin were visiting from Chicago, so it was a group of 6.
Here's my menu...
Appetizers:
hot 3-cheese artichoke dip on crackers 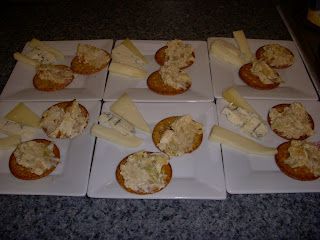 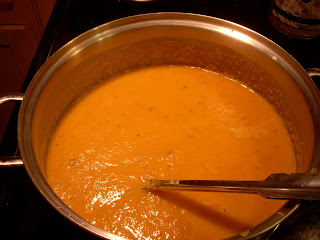 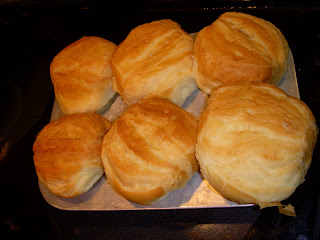 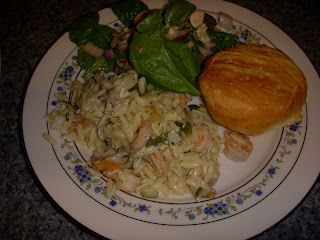 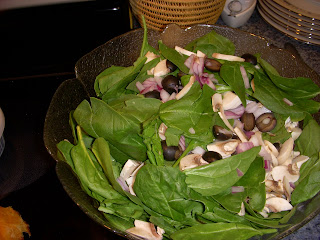 Dessert:
Key lime pie
Cardinal Mendoza
I was pleased that the hot artichoke dip froze and reheated so well.
The butternut squash soup with the canned pears was a hit. I recommend roasting sections of the butternut squash and then, cleaning them up when cooled instead of cooking them on the stove.
Also, it’s important to get the sauce creamy. So process it in batches.
Finally, the spicing needs to be monitored. I suppose that the variations come into play as the squash and pears vary in sweetness. I end up salting this to taste and increasing the nutmeg, grating it and tasting…grating and tasting.
Adding cream at the end helps the richness and deepens the flavor. Don’t skip. Use cream.
I need to contrive a garnish.
As for the pie…it was good but shallow. Next time, I’d double the same recipe for the key lime part. Then, I’d switch over to Tyler Florence’s topping. After 2 failed meringues, it’s not worth it. Everyone liked TF’s sour cream and confectioners’ sugar drizzled on the top and over the side. A narrow lime wedge as garnish is a perfect finish.

The Cardinal Mendoza was bought and brought back from Spain. Our Ecuadorian guest of honor, educated in Spain, so much appreciated the gesture that we thought it fitting to send him home with the remainder. One of the joys of hospitality is when you can find a guest’s treat that communicates how you’ve personalized the selections/decisions for the evening.
and the Great Books...
I was teaching Descartes and Hobbes recently and recall that their biographies list their retirement interests.  So I thought I'd do a bit more research and compile a list of retirement fascinations and lifestyles of Great Books authors.
Descartes...from Robinson, Dave and Chris Garratt. Introducing Descartes. Cambridge: Icon Books UK, 1999. In middle age, he wore wigs specially made in Paris; neat dresser, wore black, carried sword traveling away from home, age omelets from 10 day old eggs, spent 12 hrs. daily in bed, thinking & writing; exercised regularly; generous to his few servants; generous to strangers; “compulsive letter writer…with the obscure and the famous”; interested in developing a universal language; interested in developing universal philosophical language 81.  “Because of his interest in automata, Descartes once had one made in the likeness of a young girl which could make some human-like noises and move its limbs. He took the ingenious device on board a ship, packed in a box. Unfortunately the ship’s captain was curious about the box, thinking perhaps that Descartes was a kidnapper.” 102  “The old philosopher now wanted to retreat from the world of constant academic squabbling and the stream of condemnations which came from both Protestant and Catholic theologians.” 153    “He died of pneumonia in 1650, after only a few months in Sweden. His dying words were reported as ‘Ca mon ame; il faut partir.’ [("So my soul, it is time to part").] Thirteen years later his works were banned by Roman Catholic Church and put on the Index of Forbidden Books.” 160

Aurelius...We should take a lesson from his life.  Although he wanted to retire to a country life, he kept on, stoically, performing his soldiering duties.  He died on the front, never contented with the more peaceful existence for which he longed.

Mark Twain...He came in with Haley's Comet and he went out with it, just as he predicted and desired.

Michel de Montaigne...He retired to his home library, reading exactly what he pleased--nothing too taxing--and kept his own counsel.

Dante and Boethius... Both died in exile. Dante was bitter; Boethius was tortured to death.  Socrates...one word--"hemlock."  There's a lesson here. Social criticism is risky.

I'll keep working on this...